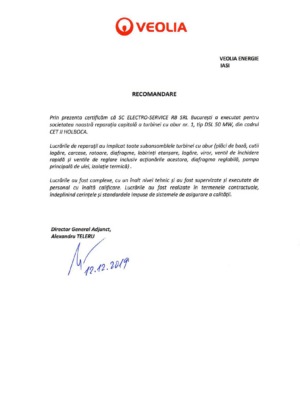 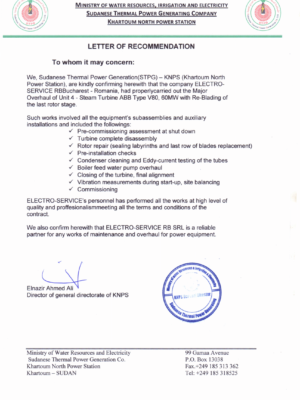 The steam turbine is a rotating machine that converts the potential energy of the steam into kinetic energy and further into mechanical energy. The operating principle of steam turbines is completely different from that of reciprocating machines. The difference consist in the way the steam works in the turbine, as well as the way mechanical energy is obtained at the power flange of these machines.

Since their first appearance in the 19th century, steam turbines have spread widely through industry and in terms of design and construction, they have continuously improved.

Our company can perform a series of repair and assembly works on steam turbines, as follows:

A. Assembly of steam/gas turbines and ancillary installations - starting with the assembly of the parts embedded in the foundation

D.Assembly and repair of turbine driven compressors and auxiliary systems